How To Clean Rolling Shutters 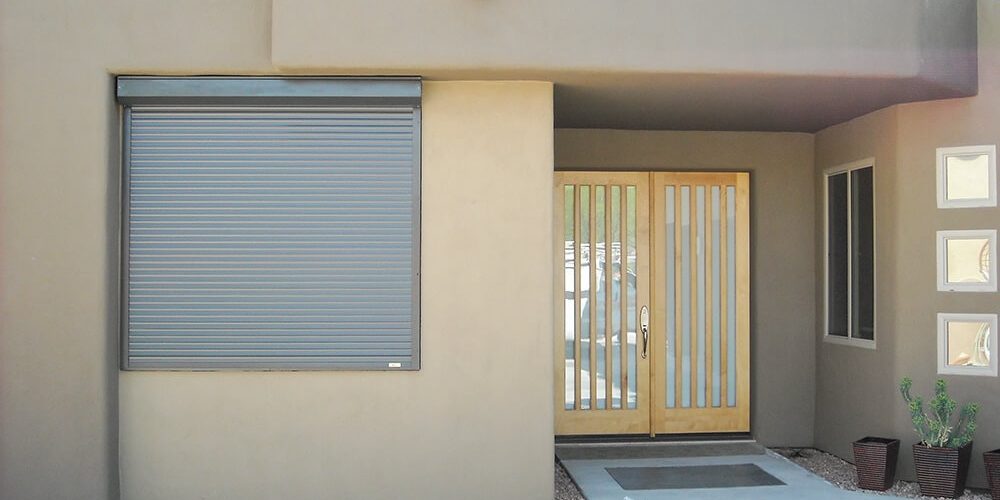 Step 1: Remove Dust And Debris From The Rolling Shutters

Step 2: Wipe Down The Rolling Shutters With Dish Soap And Warm Water

Now that you’ve wiped down your rolling shutters while they’re dry, it’s time to start loosening stuck dirt and debris from them. Using a mild detergent, like dish soap, and a clean cloth to wipe the entire surface of your rolling shutters. Don’t put too much pressure while cleaning, but feel free to put some mild elbow grease into it to scrub away any stubborn stains or spots. After your first wipe down of the shutters, go over the surface again with more soap and water using an up and down motion. Be careful not to wipe side to side, as in some rare cases this can cause the shutters to become unaligned.

To ensure proper functionality of your rolling shutters, we recommend cleaning between the shutter guides. Use a soft brush to gently scrub the guides of the shutters located on the sides of your installation.  Then, wipe them down using only warm water to clean out any remaining dust or debris. It’s important to let the guides dry completely before rolling them down again, as trapped moisture can lead to damages to the guides of your shutters.

Step 4: Give The Shutters A Final Wipe & Dry

Once you’ve followed all other steps above, use clean water with no soap to wipe down the exterior and interior surfaces of your shutters. This will remove any remaining dust and debris, as well as streaks or marks that may have run down in the process. After you’ve wiped with clean water, use a microfiber towel to dry the shutters from the inside and outside to ensure that no dirt gets stuck to them while they’re wet. After you’ve dried your shutters, you’re done! Keep shutters clean by repeating these steps every 6 months to a year to make sure cleaning your shutters is always as easy as this.

Have Any Questions About Cleaning Your Shutters? Call Tucson Rolling Shutters & Screens!

The Dangers of Direct Sunlight
December 27, 2019

Interior or Exterior Window Shades: What’s Right for Me?
October 24, 2019

Help Me Cool My Home